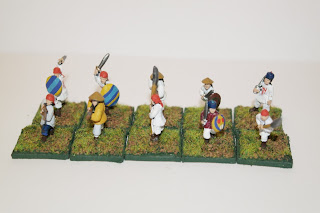 I know it dosen't exactly fall into the realm of WWI, however with the wars of the period all leading to WWI the boxer rebellion fills this region.  The boxer Rebellion was the first war of the 19th century and was herald of much to come, Stemming from the opium wars and the Sinno-Japanese war the rebellion was much more a civil war, fought between the Qing forces and mostly muslim parts of the Imperial army and the boxers themselves.  Although not very nice people, I sort of side with the rebles, China was very badly treated by the west.  I am planning on building an army for the wars in china around this period, although these figs were part of a commission.  If anyone knows any good rules for the period I would love to know. 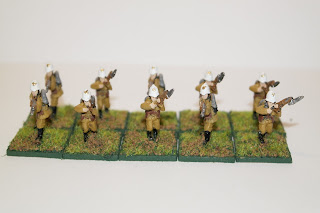