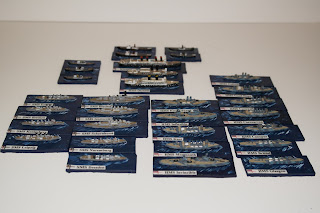 The full collection of my WWI  ships, the German Pacific cruiser squadron and the british ships for both the battle of coronel and the Battle of the Falklands  where the Germans came to a sticky end.

With the ships are  several transports and tramp steamers to give a load of scenarios to play little games of the period. 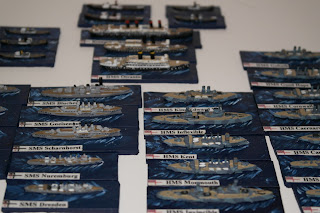 Clos ups of both the Germans and British. 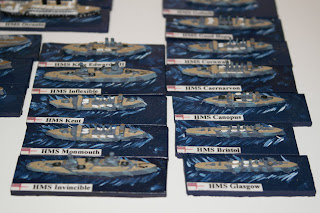 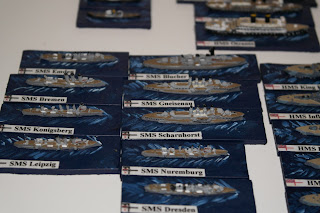 Here are 3 passenger ships converted to merchant raiders.  All the ships are from Navwar 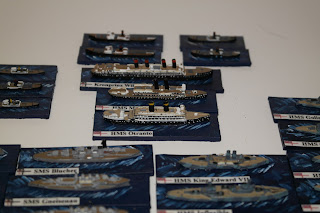