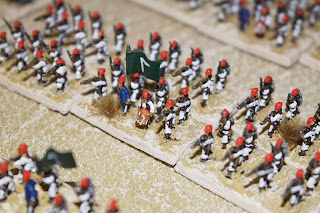 Ah the Egyptians are coming. 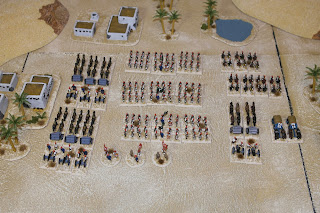 the Egyptian army in the sudan was a mixed bag.  It had some string units and even conscripts were well trained, however corruption in the higher ranks had its effect.  As far as command went they often paid European officers to take command of their armies, with mixed results.   The infantry were as I said a mixed bag, but the army was well motivated.  After all the mahdists didn't take prisoners too often, and when they did they usually weren't all that nice to them, so they had to fight to the death.  Interestingly, even amongst volunteer's the desertion rate was only 04%, which is lower than most European armies of the day. 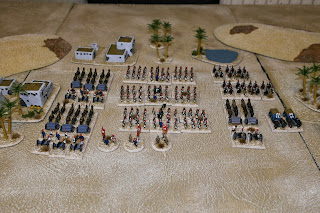 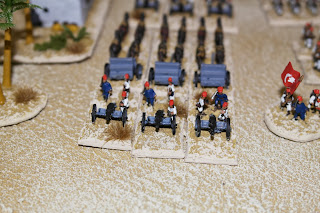 The Artillery were 7pdr Krupp [75mm] cannons, used in most armies of the period, including France, Germany, Italy, China and japan.   I painted the cannon with 1 gunner in Egyptian officers blue uniform, and think it came out well. 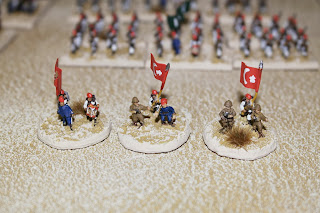 Here are my command, Gordon himself [middle], Billy Hicks [right], and an Egyptian general [left]
you notice the drummers and flags, which are not in pendrakens packs, I had to convert these, they are 2 normal rifle guys with an ECW drum stuck on for the drummer and a pike stuck on the rifle for the standard. 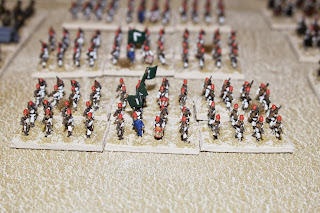 Here you see the command units with the infantry, drummers and standards converted. 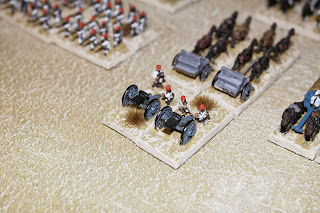 The Gardner guns or Nordenfelts the Egyptians used both, are conversions also, I used German 77mm guns, took off the barrel, cut down the trail and put barrels of wire on top, I think they look passable.   Although they look good I have had little success using them so far, 1st game they were over run in an ambush, second time the dice gods didn't like them, I supressed 2 enemy formations then got over run by camels, go figure. 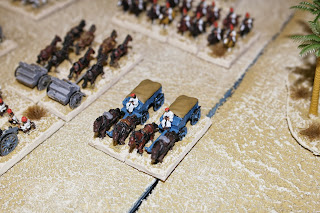 The supply wagons are from irregular miniatures 10mm range.  They are the closest wagons I could find that match the type used by the Egyptian army. 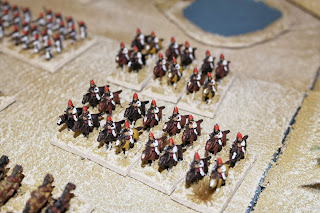 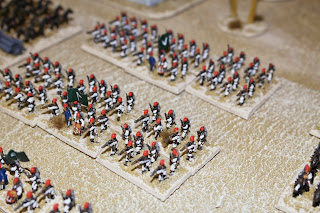 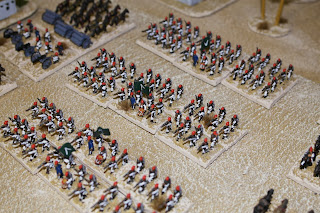 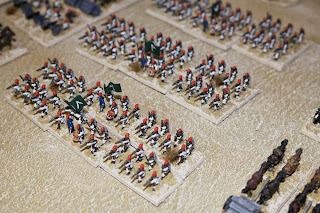 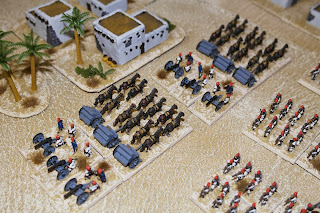 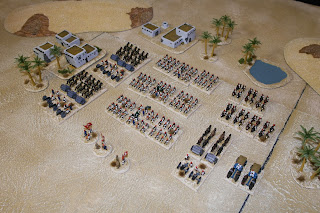 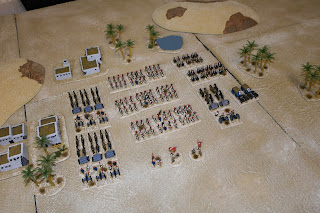